Ticino is a real bridge between northern and southern Europe

As the southernmost canton in Switzerland, Ticino acts as a bridge between Northern and Southern Europe. It is the only canton in which Italian is exclusively spoken. It's Switzerland...but with palm trees.

The region boasts a unique landscape, where Alpine glaciers are located just a few kilometres from the Mediterranean climate around Lakes Lugano and Locarno. It is filled with tiny villages where time stands still as well as modern cities that are open to the outside world.

Lugano is the main economic centre of Ticino, and knows how to perfectly combine the Italian way of life with Swiss efficiency and services. Milan is only a 40-minute car ride away, and the new Alptransit Gotthard railway tunnel links Ticino to the rest of Switzerland in less than one and a half hours. Lugano is not only the third-largest financial hub in Switzerland and an important banking, conference, and business centre for the country: it is also a city of flower-filled parks as well as gardens, villas, and churches. Thanks to its Mediterranean atmosphere, Lugano offers all the advantages of a cosmopolitan city while maintaining its small-town charm.

The historic city centre and pedestrian zone, with its many Lombard-style buildings and exclusive museums, the mountains, the lake, and an extensive events calendar make it the perfect destination for day-trippers, business visitors, and those looking to just relax and soak up the atmosphere. With its mild climate, Lugano is a lovely destination in the spring when the camellias begin to bloom. La Via Nassa, the prettiest shopping street in Lugano, is located in the historic heart of the city, just behind the lakeside promenade.

Visitors flock to this city of art and architecture to enjoy the high quality of the various exhibitions that are held. The Museo Cantonale d'Arte exhibits pieces by Klee, Jawlensky, Renoir, Degas, and many others. The goal of Lugano's new cultural centre, known as LAC (Lugano Arte e Cultura), is to demonstrate all the cultural and artistic wealth the city and region have to offer. This cultural centre has its own theatre and concert hall as well as a museum, which is the first in the region to have been designed as such. Ticino and Lugano in particular have evolved considerably over the past 50 years into an important region for architecture. The most well-known architects from Ticino are Luigi Snozzi and Mario Botta. Over the last few years, Ticino has also become very attracive for education and training, at all levels, with universities like Università della Svizzera Italiana in Lugano and Mendrisio or the Franklin College, and several schools and private colleges, among which the American School Tasis in Montagnola.

From the top of the two mountains that tower over Lugano, Monte San Salvatore and Monte Brè, you can take in the stunning panoramic views of the city, the lake, and the mountains.

Ascona and Locarno are located farther to the north, on the northern shore of Lake Maggiore. At an altitude of 196 metres, Ascona is the lowest spot in Switzerland. This holiday destination is known for its old city centre, its lakeside promenade ringed by terraces, and its mild climate. The historic district of Borgo centres on San Pietro e Paolo, a basilica with columns dating back to the 16th century. Its bell tower is the very emblem of Ascona. The small, winding streets of the historic centre lead to the promenade around the lake, which is lined with charming cafés with outdoor terraces. Monte Verità (the 'mountain of truth') overlooks Ascona. At the beginning of the 20th century, the mountain became a destination for those seeking an alternative, utopian lifestyle. The colony they founded drew in celebrities from around the world. Today, the former colony has been transformed into a seminar centre for the Universities of Lucerne and Zurich.

With 2,300 hours of sunlight per year, Locarno has the mildest climate in Switzerland. It is also home to a church that was founded after an apparition of the Virgin Mary.

Ticino is one of the Swiss cantons that allow non-Swiss nationals to purchase second homes (with certain restrictions). 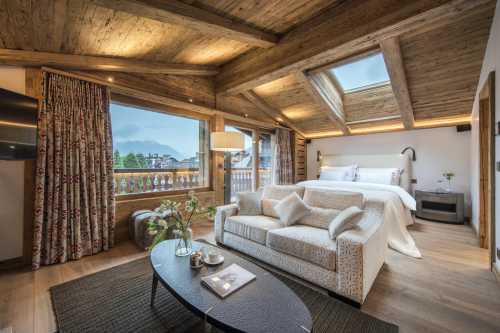